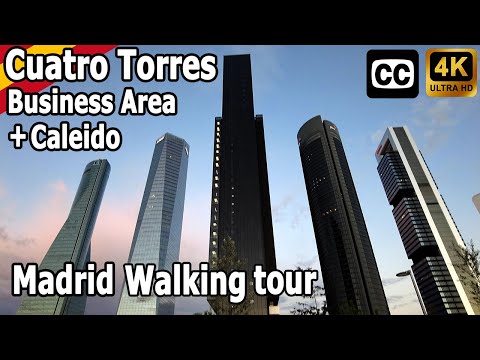 Greetings and welcome to the channel On today's walk we are going to visit the financial area of Cuatro Torres Business Area, plus the recently inaugurated Caleido Tower as well as its gardens, in the city of Madrid, capital of Spain September 11, 2021 It is 8 o'clock in the afternoon and it is a pleasant temperature of 24ºC = 75ºF, with some breeze As we saw commented in a previous video walk of the business district AZCA, Madrid, like other European cities ... It is not characterized by having an abundance of skyscrapers, such as can happen in large metropolises in Asia or America although the architectural trend seems to be changing lately The not so old of the place, will remember how in these grounds was the Real Madrid CF "Ciudad Deportiva" (training pitches) located here until 2004, when it was dismantled and the works of this urban plan began As of this walk, these first 4 towers that we see are the highest in Spain and the Caleido Tower that we will see behind, the seventh The PwC Tower (236 meters) At his left is the CEPSA Tower (248.3 meters), designed by famous architect Norman Foster the Crystal Tower (249 meters) and the Emperor Tower Castellana (224 meters) We see the Caleido Tower against the light (181 meters) As a curiosity, the 4 towers appear on the promotional poster from the movie Robocop (2014 remake) The towers do not have any viewpoint that can be visited by tourists Only if you stay at the Eurostars Hotel in this PwC Tower, that we have on the right ... or you access their restaurant on the 30th floor you can enjoy high views A small garden of olive trees Caleido Tower (181 meters) We are going to get closer to see the recently opened area of Torre Caleido that has been fenced and pending inauguration until little bit We still see a large part of the facilities unfinished These white buildings will presumably have a commercial use This sphere is no longer around here, it was withdrawn days after This building houses part of the "IE Business School". Business School of the Instituto de Empresa

It aims to have a capacity of up to 6,000 students The people who have come to browse this recently opened part seems to like the area More pedestrian areas to walk and with recreational areas for kids Within what remains to be inaugurated in the area ... a private hospital center is included The Crystal Tower, with its 249 meters, is the most highest in Spain and fourth in the European Union As I mentioned earlier, it seems that the tendency to building skyscrapers in Madrid is on the rise In a short time, it will start near here, right in front ... the urban project of Madrid Nuevo Norte Where our sight points, a terrain will be reused of 311 hectares to build in different uses ... but giving enough relevance to the use of buildings of offices and commercial, where new towers will appear some of them higher than the ones we see today Going personal, I confess I have mixed feelings about office skyscrapers On the one hand there is the admiration for works of such magnitude and how they make us feel walking by their side Also a feeling of progress and modernity, of future appreciated from an urban observation, and provided that respect the historic center of the city On the other hand when going outside the city, walking through nature, through the mountains, many miles away from here ...

in that moment of country peace, look to the horizon and see these enormities increasing in size and number ... and as the city is spreading and becoming more and more noticeable and visible from more distance and from all directions ... gives a feeling of unnatural aberration and that we should look for more discreet urban developments ... and more integrated into the natural environment, without making us notice that much Though I recognize that cloud-dotted sunsets, give us some spectacular images with their reflections in the buildings We head towards the Torre Emperador Castellana We can see behind, in the background, one of the buildings of the La Paz University Hospital A public hospital center considered one of the most important in Spain in recent times with overload problems and saturation, like much of the health system Torre Emperador Castellana, formerly called Torre Espacio, It has 224 meters The name change came from the sale of the tower in 2015 to the Philippine group Emperor The tower also houses the embassies of the United Kingdom, Canada, Australia and the Netherlands We are going to get closer to see the area of gardens that have inaugurated at the bottom of Torre Caleido In the background La Paz University Hospital Let's go down I read that in the Emperor Tower (the one on the left) there was a fire in 2006, between floors 40 and 42 Fortunately without major consequences, since the tower was still under construction and I can't help but remember the movie "The Towering Inferno", which seemed a plea against the big skyscrapers and the potential security problems of the buildings of so much height Sure these modern day buildings have all kind of the most advanced type of security measures, and I hope they will work...

since Steve McQueen won't be here to save the day again The trees in the area, recently planted, will need some time to gain size and provide good shade There is a good playground for children around here Surely the place is going to be very popular with the most little ones of the family Searching for an image for the video thumbnail We are going to finish encircling, and finally, some night shots I hope you enjoyed the video 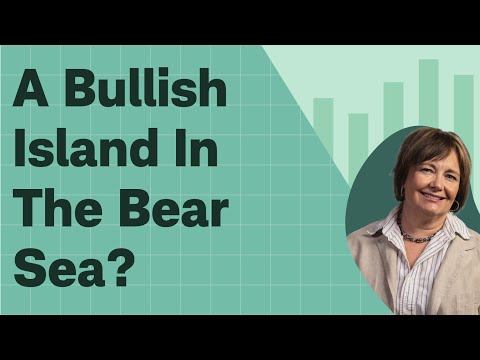 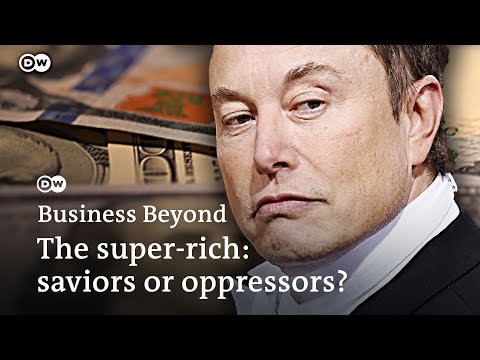 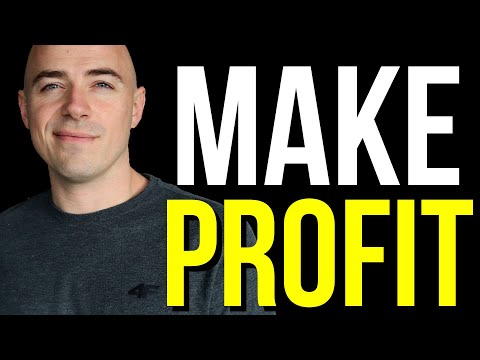