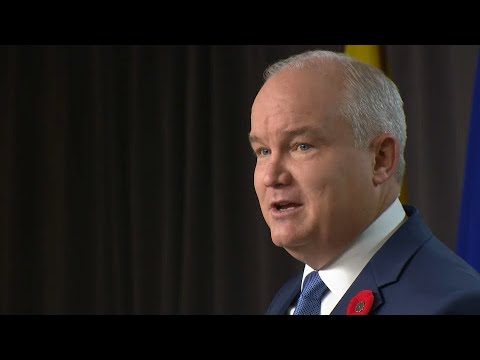 Similarly, i want to express my condolences. To the victims of another islamist, terror attack, in vienna. We will stand strong, in the defense, of the freedoms, we all hold dear. But today. I'm with you to talk, about, a canadian. Economic, issue. There is no canadian, economy. Without our small. And medium-sized. Businesses. It's as simple as that. Last year there were 1.2. Million smes, in canada, employing. More than, 70, percent. Of the private sector workforce. For conservatives. Smes, are our country's, backbone, the local shops that keep communities, together. They are the korean, palace, restaurant, in center town, ottawa. The chocolate, shop, in perth, the printing, company, in victoria. Often. They are the lifeblood, of small towns and villages, across canada. Les petits. For many of these entrepreneurs, and their staff, future dreams and prospects. Came crashing, down with the spread. Of a virus that the liberal government, had failed, to properly, prepare for. Week after week, small businesses, closed their doors. Some. Like rodney and tina grace, of the best western in bridgewater, nova scotia. Have managed to stay open. Working, seven days a week. Many more. Had no other choice, but to remain shut. Conservatives, knew, those early crisis, days, were not a time for politics. Our economy, required, an urgent lifeline. And we pushed for a smarter. Economic, response. We worked with the government, to improve their decisions. When the government first announced, a 10, wage subsidy. We made it clear, that nothing, short of 75. Percent. Would keep businesses, afloat. The government, saw we were right. And they improved the wage subsidy, by increasing. The level of support. Recently. Though we had significant, reservations. About overall government, spending. We voted, in favor. Of an extension. Of exceptional. Covid, measures. But while we had the best interests of small businesses. At heart. The liberals. Returned to their old ways of pitting small business. Against workers. Instead of maximizing. The preservation, of jobs. They first rolled out the serb, which directly. Competed. With keeping employees. On the payroll. The result. The budget set aside for the serb. Was clearly insufficient. While a large amount of the funding allocated, to the wage subsidy. Was left, untouched. That is bad, fiscal, policy. Plain and simple. And in september. Just as we hoped the government was preparing, additional, support. To save off the worse. Of the second wave. We got news. Of a large number of businesses. Being audited. By the cra. Just as these businesses, were busy battling, kovid. What did the government demand of them. A nine page audit request, template, that asked for corporate, minute books, two years of bank statements. Employment, contracts, and organizational. Charts. And they had, two weeks. To send everything in. Once again the liberals had branded, small businesses, as potential. Tax cheats. And wanted to investigate. Them. Amid a crisis. This at a time that 60, percent of restaurants, could be closing their doors, by the end of december. At a time when 24. Of businesses. Are learning, earning, less than half the revenues, they normally, would, by this time of year. And at a time, when 39. Of small businesses. Are losing money. Every, day, they remain, open. This has not been a government, that has their backs. In bringing forward today's motion our conservative. Team, sends a strong, message, on behalf of canadians. We ask for, responsible. Demands, on business. Not mistrust. The government, should be postponing. All audits, until at least. June, twenty twenty one. Small business owners and their staff, deserve, better than this. We also ask for additional flexibility. In the canada, emergency, rent subsidy. The canadian, emergency, wage subsidy. And other support programs. While the government, made it easy for everyone. Including, some wealthy individuals, to apply for the serb, they kept adding red tape, for small business. The rent relief program, was too restrictive. And only allow, large. Landlords, to apply for relief. Rather, than their struggling, tenants. It required, businesses. To have lost. Seventy, percent, of their rent revenues. In order to be eligible. If your revenues, fell by sixty nine percent. You got nothing. An example community, particular, amount. Refused. We aren't talking about enriching, businesses, here, we want to make sure requirements. Are made more flexible, so that businesses. Can simply stay open, and their employees. Don't, lose their jobs when canada. Already has the highest unemployment, rate. In the g7. Today there are tens of thousands of businesses. In canada that aren't getting the help they need. And if they shut down. All of canada, suffers. Because small businesses, provide employment, for millions of canadians, from coast to coast to coast. They help moms, and dads, work hard, to provide for their families. They offer the first job out of school. Like rahm sandhu, of samdu, computers.

In Edmonton. They are often set up and operated. By new canadians, and provide, a proven, path of success. For families, that work hard. Small, business leaders deliver, specialized. Care to our elderly. Provide support, to our front lines. And they stayed, open, when so many canadians. Worked from home. Justin trudeau, tries to suggest that small businesses. Are tax cheats. And need to be audited, amid a crisis. For the family, behind that business. I'm here to tell canadians. To tell him that canadians, want businesses. To survive, this pandemic. So they can thrive. Afterwards. Because whether the liberal government likes it or not. Canadians. Do not want two more years of the serb. They want to get back, to work. From the smallest, business on the corner. To the largest, factory. Canadians. Want to get working. And our country. Depends, on it. Thank you very much. So we'll now go to questions starting with questions on the phone a quick reminder one question one follow-up no re-queuing, and uh, in the queue. Please. Do we have a first question. We do thank you merci. This is a vote for. Americans, not canadians. I'm a proud canadian. I'm watching and will watch the results, tonight. As prime minister, i will work. Very closely. With whomever, the americans, choose to be, their president, the americans, are a very close and important, ally. And it's important for the prime minister. To find. Common ground. And in the best interests, of our citizens. And to try to work together on on issues i will do that regardless, of who the president. Is. Hello mr o'toole it's annie bergeron oliver from ctv national news, we've seen widespread, use of mail by vote, in the united states with more than 95, million americans who have already cast their ballots ahead of election day, i'm wondering if canada has an election during the pandemic, if you would support such a widespread, use, of the mail-in, and advanced voting. System. Well i know we've asked and there's been a parliamentary, committee asking elections, canada. For, their. Their point of view of an election during a pandemic. I was very troubled by the fact that mr trudeau, was rolling the dice with an election. And had not spoken to dr tam and had not spoken to elections canada. He was willing to put the the, the political, interests of the liberal party ahead of the. Health and well-being of canadians. So i think uh elections, canada, is looking at these issues. We're all looking to see how we can, have our democracy, function. With social distancing, and with, good health practices, and we'll continue to do that. In, oh sorry. Avoir. This election. In dc, and other american, cities, there are stores and businesses. Boarding, up their shops. Fearing some type of unrest. I'm wondering, if you believe there will be a safe and orderly, transition, of power, and what role if any do you see for canada, in this transition. Canada has been and will always be a strong, friend, neighbor and ally to the united states. And, we will all be watching with great interest. The united states. Elect a president. Practice, their democracy, we share that. Those principles. And, we are here to work with whomever, the next president will be. As prime minister i've said the priority, will be, trying to find common, ground for the best interests of our citizens. And hopefully the best interest of theirs. I've served with the americans. In the military. When i was in the canadian armed forces i've worked in business. There's such great, ties. We we have to keep that strong relationship. On. A. Good morning mia rabson from the canadian press, um i'm just curious, in terms of your motion today on on, businesses, helping businesses through the pandemic, can you be a bit more specific, about what in the current, aid packages, that are there not the ones from the spring but what's there on the table right now, that you don't think is enough or that you would change to help businesses.

Well Thanks mia we we've been asking, since march and april, to make substantive. Changes, to the rent program, as you may know, only about 10 percent of small and medium-sized, businesses, qualified. Because it went through the landlords, not not the tenant. Just, uh, yesterday, that the government has been tabling. A legislation, that may address those things, we're bringing up not only, the shortfalls, in the wage subsidy, for small businesses like restaurants. The tourism, sector. They've been asking for six, months. The trudeau government probed, parliament, rather than, working on getting our economy right and saving small business. And then the audit process, can you imagine. A small business holding on by a threat. And having that the the tax collector. Descend on you with an audit, i think it's horrible, it's unfair. So we're going to be raising those three. We're trying to show that we can improve, the response. With a with an opposition, motion and i hope the government, sees this. We worked with them on improving the wage subsidy, months ago, i hope they vote in favor of our. Motion. I mean there's no doubt that restaurants, in particular. As small businesses, are suffering. Amongst. Many others, um but in ontario, in manitoba, and other provinces, they're actually begging the governments, to let them be open, do you think that it's wrong at this point to close restaurants, and if you think you. What how do you open them safely so that they can continue to survive. Well one thing conservatives, have been asking. Is. Better reporting. Of, where, spread, and where infection, is taking place. There's, a. There's a disconnect, with where canadians, feel they may be at risk. And. Where they're actually at risk. There's very few, public cases, of. Infections, at restaurants, or in airlines for example. We should. Allow canadians, to make the best educated, decision possible, that's why, it's terrible we don't have rapid testing, it's terrible the tracing program the prime minister promised again in march. Is not fully, fully rolled out and even bc, said they can't use the app properly. So, i think we need to educate, canadians. On where the risks are, and work with our health authorities, to to minimize, those as much as. Possible. This is all the time we need this conclusive press, we have this concludes the press conference. Thank you. 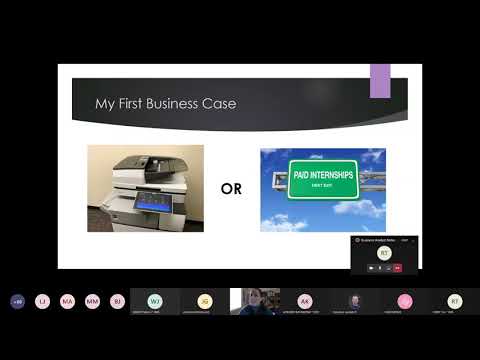 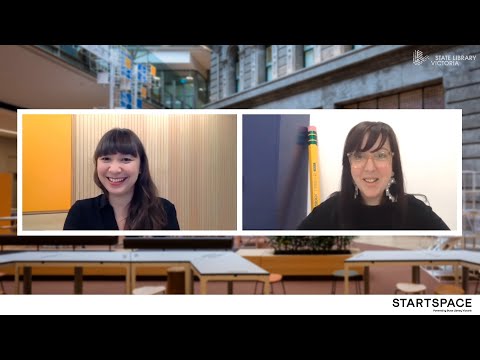 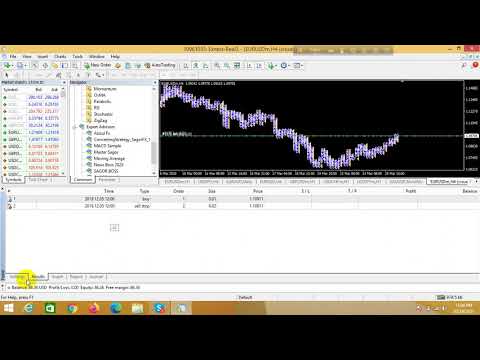