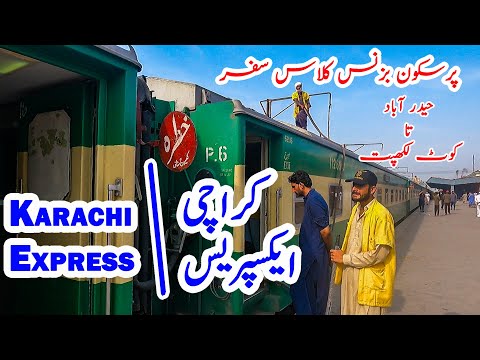 Assalamualaikum (Greetings) Who doesn’t like comfortable & pleasant rail journey? Comfortable berths, fast passing scenery and hustle bustle of different stations are very enjoyable In last video you saw my Karachi to Hyderabad journey on Shalimar Express which didn’t turn out to be very good due to missing coach But the same evening I had to travel from Hyderabad to Lahore And for that I chose to travel via 15UP Karachi Express So come lets learn some information about Karachi Express first Obvious from its name, its named after biggest & best city Karachi It runs between Karachi and Lahore Train running between Karachi to Lahore has 15UP code While train running between Lahore to Karachi has 16DN code Karachi Express used to run before independence of Pakistan In 1999, Karachi Express was granted most premium non-stop train status between Karachi and Lahore And only one technical stop at Khanpur was granted But this status couldn’t remain for long and from 2003, it became usual train with stoppages Now a days, it covers 1225 km distance between Lahore & Karachi in 18 hours via ML-1 It includes Economy Class, AC Business Class, AC Sleeper Class and AC Standard Class and you can see the fares of all these classes on screen right now Similarly you would be able to see its stoppages on screen right now So this is little introduction of Karachi Express Now let’s come to our journey In morning after reaching Hyderabad from Shalimar Express, Sharjeel Bhai left for Karachi on 48DN Rehman Baba Express while I spent that time with my friends from Hyderabad In evening, I reached Hyderabad junction station at 7pm with my friend, Usman Since in evening, several trains pass from Hyderabad after every half hour Therefore, rush of several trains gather at same time And if they get delayed a little, this rush increase a lot Anyway, Here a railfan from Hyderabad Arif Brother was present to meet me with whom had good chat When 149UP Mehran Express reached Hyderabad, 15UP Karachi Express was right behind it I prayed that 15UP comes on time so parallel action can be observed of both trains But sadly 15UP didn’t come and Mehran Express departed ahead Finally after sunset, 15UP arrived at 7:41pm with GEU-40-9043 Soon 15UP Karachi Express departed from Hyderabad Today my journey was in Business class and thankfully my this coach was very good It was earlier model CNR coach but was recently refurbished Due to darkness, I will show its interior in morning Journey ahead of Hyderabad was in darkness But still I observed train’s speed via speedometer app Which was between 70-80 kmph due to caution At around 9:20pm, train reached Nawabshah After Nawabshah, I slept and when I woke up, train had reached Rohri at 12:15am Despite night time, railfan and my very good subscriber Amjad brother came to meet me Till train remained stations, had good chat with him & also had dinner After Rohri slept once again Because I was too tired and Business Class environment was very comfortable When I woke up in morning, train was running somewhere in South Punjab Soon reached extraordinary station of Bahawalpur whose new building has been built as per historic Noor Mehal’s architecture The pleasant morning of Bahawalpur was looking great Here many people got off and many boarded also After that train departed ahead Between Bahawalpur & Lodhran, it comes extraordinary Empress bridge over River Sutlej from where train had excellent pass Skipped Lodhran in great speed Karachi Express travels from here till Khanewal via loop line through Multan After reaching Multan Cantt, had a small stop Because this train’s bigger 20 minute operational stop happens at Khanewal Junction After Multan’s excellent run, next stop happened at Khanewal Junction Railway Station During stop here, train’s water get refilled and also gets cleaned and till the work is under process, this remains intact which remains in sight of both assistant loco pilot and guard As this stop was longer, I reached near locomotive Today on its lead was General Electric USA’s 4500 horsepower diesel locomotive GEU-40-9043 9043 is same locomotive through which I went on 44DN from Lahore to Karachi with my parents For breakfast, I chose “Naan Tikki” from local stall. Assalamualaikum Sir, What you are offering? Naan chanay (Naan and chickpeas), Chawal chanay (Rice & Chickpeas), Naan Tikki Please give me Naan Tikki 2 Naan and 2 Tikki Parcel or will eat here? I can eat here too.. Do you have tea? We don't have tea, tea vendor is different Here you go, 3 Tikki & 2 Naan Sir how much is bill? 100 Rs Ok sir Thanks Guy: Assalamualaikum... Me: Walikumussalam

Guy: Seen you a lot on youtube Guy: You're going Lahore? Me: Are you also in this train? Guy: Yes.. In which coach you are at? Me: In #14 Guy: In Business Me: Yes After a happening stop at Khanewal, train departed ahead From here to Lahore, its journey is via ML-1 while other track diverts from here towards Wazirabad branch line via Faisalabad Me shouting to Naan Tikki Vendor: Thank you < Background voices > When cabin got a little empty, got a chance to capture its interior which was very comfortable and AC was also working perfect While watching beautiful scenery, journey continued and soon reached Sahiwal railway station and its building has also been upgraded recently After departing from Sahiwal, captured big yard of Yousufwala station where Yousufwala Coal Train working is done A little ahead of Yousufwala station, Sahiwal Coal Power plant’s big boilers can be seen in this plant, electricity from coal is generated At 10:37am, Okara station was skipped in high speed In this section, speed was excellent as always and was nearing 110 kmph Now its time for speedy through pass from Pattoki At about 11:40am, train had reached Raiwind Junction’s new station here many people got off and train departed ahead Before Lahore, this train also stops at Kot Lakhpat And many nearby living people get off here and I also got off at this stop After I got off, train departed ahead People were heading home, but before leaving, I saw train’s departure This is how my journey ended on Pakistan Railways once premium train Karachi Express and I also headed towards my home Hopefully you have enjoyed this journey I would like to thank all friends who came to meet me from their busy time InshaALLAH, will come again soon with railfanning at new place Allah Hafiz (Goodbye Greetings) 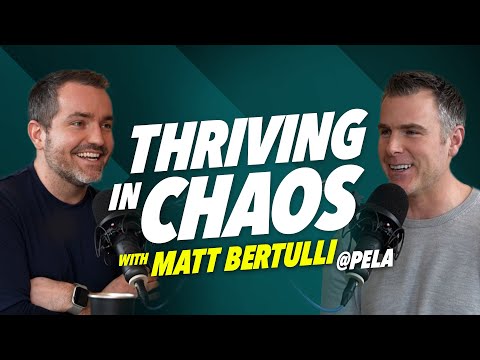 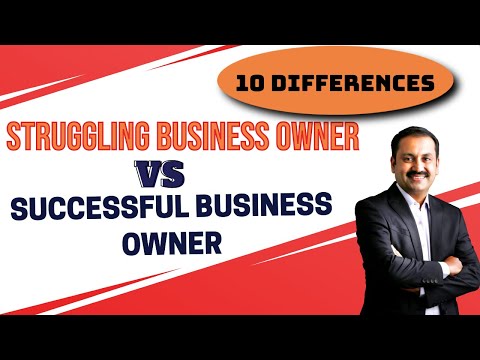 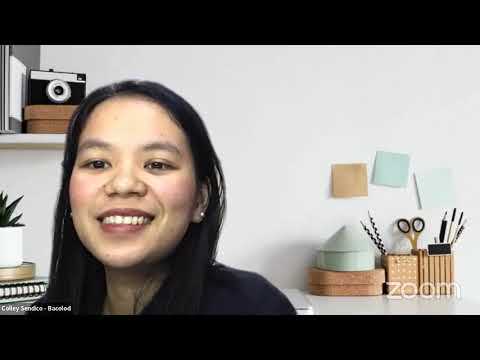