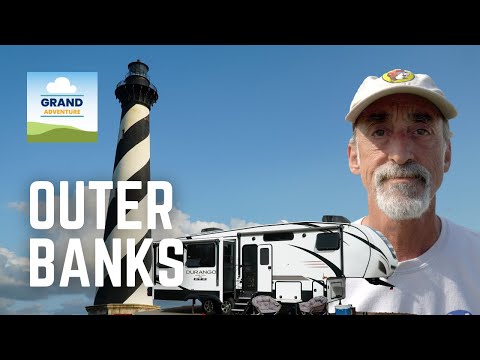 Hey friends, welcome back to Grand Adventure! I'm your host Marc Guido, and this week we are in the Outer Banks of North Carolina, so stay tuned! There are four National Park Service campgrounds within Cape Hatteras National Seashore, the nation's first National Seashore. All are completely dry camping, save for one -- Oregon Inlet Campground -- which has some water and electric sites. Those are typically booked solid as soon as the reservation window opens, so we reserved a dry site when we planned our fall 2022 travels, but it was Campnab to the rescue! If you're unfamiliar with Campnab, it's a service that helps you score sites in sold-out campgrounds that we introduced you to in Episode 239. On the morning of our arrival in Cape Hatteras, Campnab alerted us to a cancellation on a water and electric site in Oregon Inlet, which we immediately jumped on to keep our air conditioning running.

Oregon Inlet has 107 year-round sites, 60 of which are dry camping for $28 per night. Water and electric sites cost $35 per night. It's just a short walk across the dunes to a beautiful Atlantic Ocean beach. The Cape Hatteras Lighthouse protects one of the most hazardous sections of the Atlantic Coast, where the Gulf Stream collides with the Virginia Drift, a branch of the Labrador Current from Canada. This collision forces southbound ships into a dangerous 12-mile long sandbar called Diamond Shoals, where hundreds and possibly thousands of shipwrecks have given Cape Hatteras the reputation as the Graveyard of the Atlantic.

The first lighthouse here was lit in October of 1803, while the current beacon began protecting sailors in December 1870. Measuring nearly 200 feet from the bottom of the foundation to the top of the tower's pinnacle, it is the tallest brick lighthouse in the United States. Its light is now automated and continues to protect mariners today. At the southern end of the Bonner Bridge across Oregon Inlet from our campground sits a station built in 1898 by the United States Life-Saving Service, the third such station constructed here to rescue mariners who ran into trouble on the inlet's treacherous shoals. A restoration project was completed in 2008 and the building is now listed on the National Register of Historic Places.

Much to my delight, my sister has flown down from Boston to join us this week in Cape Hatteras as our houseguest. Just a couple of miles north of our campground sits the Bodie Island Lighthouse, which was first lit 150 years ago on October 1st, 1872 as the third lighthouse to be constructed at Oregon Inlet. The light keepers' quarters was a duplex built just a short stroll from the lighthouse. At the time Bodie Island was completely undeveloped, and the closest school was in Manteo on neighboring Roanoke Island, accessible only by boat. This meant that the keeper’s wife and children lived away from the lighthouse except during the summer months, which made for a lonely and trying family life most of the year.

The light was electrified in 1932, phasing out the need for on-site keepers. Still a functioning navigational aid, the tower is open seasonally for public tours. Tickets to climb the lighthouse are sold morning-of for $10 on Recreation.gov.

There are just over 200 steps to climb from the ground to the top, equal to climbing a 10-story building. The narrow stairs have a handrail only on one side and nine landings. The tower's light was magnified by a powerful first-order Fresnel lens manufactured in France.

With a second boat on the roof of the truck, I'm going to bring my sister kayaking on the peaceful waters of Pamlico sound, on the bay side of Pea Island. Loren has only been kayaking once before, and while we're not covering much ground it's nevertheless a joyous late afternoon out in nature. We have a gale warning in effect today, but we're nevertheless going to spend the day taking a trip to Okracoke Island.

To prepare for the gale, the Oregon Department of Transportation is busy shoring up the sand dunes lining state route 12 on Pea Island. Okracoke Island is reachable only by ferries operated by the North Carolina Department of Transportation. Both passenger and car ferries run from Hatteras Village frequently throughout the day, and are free of charge. You can also board a ferry from Swan Quarter on the mainland, or Cedar Island from the south, both of which charge a fee.

The 20-mile wide Pamlico Sound is extremely shallow, and the ferries must follow a circuitous route from channel to channel to avoid running aground. The crossing from Hatteras Village to Okracoke Island aboard the car ferry takes one hour. Okracoke is a 16-mile long barrier island located 18 miles off mainland North Carolina nearly entirely comprised of National Park Service land. Fewer than 800 people reside on the island, surviving in an economy built on tourism and commercial fishing centered around the tiny harbor of Okracoke known as Silver Lake. During the winter, the population shrinks and only a few businesses remain open. Okracoke was once a popular pirate hideout, and it was here that the notorious pirate Blackbeard died in 1718, although the island was not permanently settled until 1750.

Standing 75 feet tall, Ocracoke Light is situated near Silver Lake and has remained in continuous operation since 1823, making it the oldest operating light station in North Carolina and the second oldest lighthouse still standing in the state. It was automated in 1955. During World War II, German submarines sank several British ships off of Okracoke, including the HMT Bedfordshire, and the bodies of British sailors were washed ashore on the island. They were buried in this special British cemetery where a British flag flies at all times, and the site was given to the Commonwealth War Graves Commission for as long as the land remains a cemetery. One of the four National Park Service campgrounds within Cape Hatteras National Seashore is located on Ocracoke Island.

This was our favorite of the four, but this is dry camping and keep in mind, the only way to get your RV onto the island is via ferry boat. Bring your groceries with you, too, for there are only limited provisions available on the island. Returning to the ferry dock at the east end of Ocracoke Island, the winds and seas are both increasing, and the incoming waves are beginning to breach the dunes. Road flooding from dune breaches is continuing on Hatteras Island as well. Combined with a torrential thunderstorm, the drive back to camp tonight is sporting, to say the least. Wind, sand, and a dream of flight brought Wilbur and Orville Wright from Dayton, Ohio to the Outer Banks town of Kitty Hawk where, after four years of scientific experimentation, they achieved the first successful airplane flights on December 17, 1903.

What they achieved changed our world forever. Part of what's now the Wright Brothers National Memorial, this 60-foot granite monument sits atop the historic 90-foot Kill Devil Hill, where Wilbur and Orville conducted their gliding experiments. These markers indicate the landings of the four flights the Wright Brothers made in the Wright Flyer from level ground near the base of Kill Devil Hill on December 17, 1903. The National Memorial's Visitor Center is home to a museum featuring models and actual tools and machines used by the Wright brothers during their flight experiments. This is a life-size replica of the Wright brothers' 1903 Wright Flyer, the first powered heavier-than-air aircraft in history to achieve controlled flight. The original is on display at the National Air and Space Museum in Washington D.C.

One thing I've missed as a Utahn for the past couple of decades is a selection of prime North Atlantic seafood. Returning Loren to the airport in Norfolk, we couldn't pass up the opportunity for a bucket of Chesapeake Bay steamed crabs. Roanoke Island sits behind the barrier islands of the Outer Banks, but still well off the North Carolina mainland. It's home to one of the area's earliest settlements, Manteo.

The town is named for an American Indian who traveled with the English to London in 1584, where he learned to become a liaison between the Roanoke Colony settlers and the Indians. The Roanoke Colony was an attempt by Sir Walter Raleigh to found the first permanent English settlement in North America on this island in the 1580s. After the first settlers disappeared without a trace or explanation, the legend of the "Lost Colony" was born. Today, Manteo is home to a tasteful collection of waterfront shops and restaurants. So we truly hope that you've enjoyed visiting the Outer Banks of North Carolina with us! Coming up next week we're going to be in Cedar Island, North Carolina, but at the same time we have to keep an eye on the development of Hurricane Ian. So if you're not yet a Grand Adventurer, this is the perfect time! Go smash that little red "subscribe" button -- it's the one right down there in the lower right-hand corner of your screen -- and ring that notification bell to be sure that you never miss a Grand Adventure that we air every Wednesday evening.

We'd be honored if you shared the channel with your friends, family, and on social media. Understand though, it is extremely important to us that if you liked this episode, please be sure to give us a big "thumbs up" down below! And while you're down below you're going to find the comments section, and we love to hear from you after each Grand Adventure. So until next week from Cedar Island please remember, life is nothing but a Grand Adventure! We'll see you then. 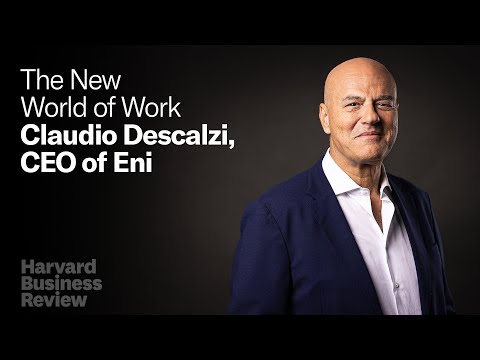 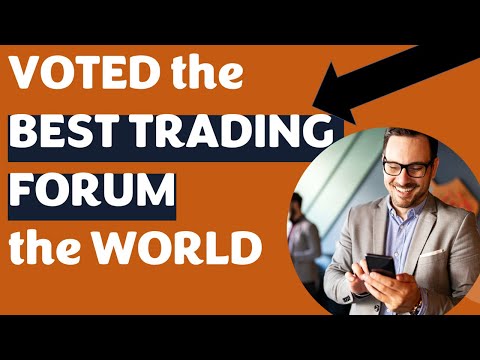 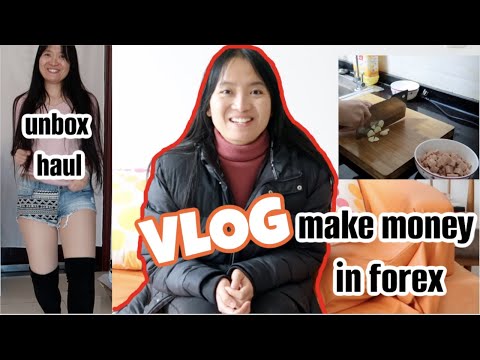